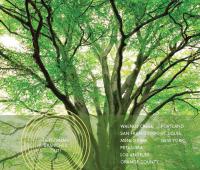 Heffernan Insurance Brokers is excited to announce that for the fifth year in a row, HG Magazine has been named a finalist for Best Annual Report – both in print and online/electronic categories in the 2015 American Business Awards (aka The Stevie’s). HG Magazine will ultimately be a Gold, Silver, or Bronze Stevie® Award winner, which will be announced at the 13th annual Stevie® Awards presented Monday, June 22nd in Chicago. To view the finalists, visit http://www.stevieawards.com/pubs/awards/403_2949_25782.cfm

Also, stay tuned for the release of our 2015 HG Magazine! It which will be published later this month.

For questions or comments regarding HG Magazine, contact Jackie Donnelly, Editor, at jackied@heffgroup.com.