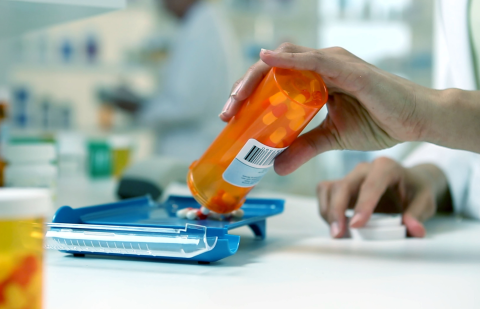 Mistakes happen. When matters of life and death are involved, those mistakes can have devastating consequences. To improve patient outcomes and prevent medical malpractice claims, it’s vital to root out and address the factors that can contribute to human error. However, some experts are worried about the potential effects of the recent criminal conviction of a nurse who made a deadly error.

RaDonda Vaught was a nurse working at Vanderbilt University Medicare Center in Tennessee when she administered the wrong prescription. According to CBS News, her patient, Charlene Murphey, needed a PET scan and was prescribed Versed to help with anxiety and claustrophobia. Vaught used an automatic drug dispensing cabinet to obtain the medicine, but when she couldn’t find Versed in the system, she used an override. She inadvertently grabbed and then administered vecuronium instead, resulting in the death of the patient.

Medication errors are unfortunately common. According to a paper published in NCBI, 7,000 to 9,000 people die as a result of medication errors in the U.S. each year. This case was unusual, however, in that the mistake resulted in criminal charges.

The incident happened in 2017. On March 25, 2022, Vaught was found guilty of criminally negligent homicide and gross neglect of an impaired adult. She was found not guilty of reckless homicide.

Reaction to the Guilty Verdict

The American Nurses Association and the Tennessee Nurses Association has released a statement criticizing the verdict. According to the statement, “It is inevitable that mistakes will happen, and systems will fail. It is completely unrealistic to think otherwise. The criminalization of medical errors is unnerving, and this verdict sets into motion a dangerous precedent. There are more effective and just mechanisms to examine errors, establish system improvements and take corrective action.”

According to USA Today, patient and nursing groups have worked hard to promote the honest reporting of mistakes instead of cover-ups, blame, and punishment. It’s called “just culture,” and it seeks to improve safety by analyzing errors and implementing improvements. However, if healthcare providers are worried about going to prison, they might not be honest, and the improvements that could save lives might not be made.

Other providers might just quit. According to NPR, a nurse practitioner in Oregon did exactly that. She felt overwhelmed and she had made medication errors, although hers weren’t as serious as Vaught’s. Nevertheless, she was worried if she could find herself in Vaught’s shoes, and this fear contributed to her decision to quit.

Other nurses have responded with fear and outrage, and more resignations may be coming. In an industry already plagued with understaffing, this could result in heavier workloads, more stress, and ultimately more medical errors.

As of April 8, a petition to grant Vaught clemency has gotten more than 198,000 signatures on Change.org. However, NPR says that the office of Tennessee Governor Bill Lee has said he is not considering clemency.

This is just one case in one state, but it may create a precedent. Nurses and other healthcare providers may be understandably worried about the possibility of criminal charges if they make a mistake, and hospital leaders will need to address these concerns.

It’s also important to continue making improvements designed to reduce human errors and medication mistakes. According to USA Today, Janie Harvey Garner, the founder of nurse advocacy organization Show Me Your Stethoscope, says that her hospital has put paralytics into a rapid intubation kit because of what has happened. Additionally, KHN says that manufacturers of medication cabinets have modified the software to require healthcare providers to enter up to five letters when using an override, making mistakes like Vaught’s less likely, although the new safeguard has not been implemented at all hospitals.

It may be rare for medical mistakes to lead to criminal charges, but they often lead to lawsuits. Heffernan provides medical malpractice insurance to protect nurses, physicians, dentists, and other healthcare providers from medical malpractice claims. Learn more.