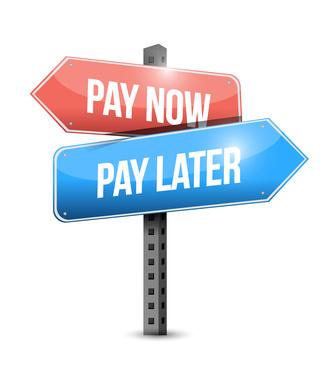 In today’s challenging business environment, employers can use a little good luck now and then. This year, small employers with fewer than 100 employees are enjoying a little Luck O’ the Irish courtesy of Uncle Sam. That’s because the Employer Shared Responsibility provisions under the Affordable Care Act (ACA) – affectionately known as “pay-or-play” – have been postponed by the IRS from January 1, 2014 until January 1 of this year (see IRS Notice 2013‑45).

That means the IRS won’t be digging into your pot of gold this year for penalties or payments for 2014. That’s welcome news for employers still struggling to adjust to life under the ACA.

The final regulations released on February 10, 2014, give employers transition relief for all employees who would be eligible for coverage as of the first day of the 2015 plan year under the eligibility terms in effect on February 9, 2014. This gives employers with fiscal year plans more time to make sure their plan’s coverage is affordable and provides minimum value. Here are a few of the new transition rules:

Sizing up your business for 2015

Any employer that employed an average of at least 50 full‐time or full‐time equivalent (FTE) employees on business days during the preceding calendar year is subject to the pay-or-play provisions. Employers are now allowed to determine their status based on a period of at least six consecutive months during 2014 rather than the entire year.

What about medium-sized employers?

Employers with 50-99 full-time or FTE employees won’t be subject to penalties until their first plan year on or after January 1, 2016, as long as they:

What about employers with non‐calendar-year plans?

Use your luck wisely

The ACA has been a whirlwind of new rules and regulations, but at least Uncle Sam has been willing to sweeten the pot a little by postponing certain rules to give businesses more time to adjust. But don’t get complacent. The transition period is the perfect opportunity to assess the challenges you may face in 2016 and consider your compliance strategies.

For more information, see the IRS’ employer shared responsibility page. To keep luck on your side, talk to the risk management experts at Heffernan Benefits Advisory Services about your healthcare benefits plan and complying with the ACA.