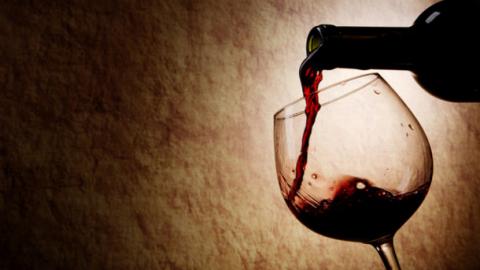 It’s almost hard to believe the California wine industry is booming. Over the past few years, wineries in the state have been hit with everything from new labor restrictions to drought to a Napa Valley earthquake. Still, according to U.S. Department of Agriculture data and a report by the San Francisco-based Wine Institute, a trade group that represents 1,000 California wineries, the 2014 harvest was estimated at 3.9 million tons, the third largest on record.

But as everyone in this risky business knows, as the industry grows, so do the risks.

The latest threat? Arsenic litigation. In a recently filed lawsuit, 28 California wineries are being accused of having high levels of arsenic in their wines.

Two California couples started the class action complaint, claiming that some of the top selling wines from these companies contain up to four and five times the maximum amount of arsenic the Environmental Protection Agency (EPA) allows for drinking water. The plaintiffs claim the high arsenic exposure is the result of negligent and misleading actions by these wineries.

Arsenic in wine: public hazard or much ado about nothing?

Arsenic is a naturally occurring chemical in soil, many foods, and water across the globe. But according to the lawsuit, three separate labs independently tested a number of wines made by the defendants and confirmed they contain dangerously high levels of inorganic arsenic, in some cases up to 500% more than what is considered acceptable. Kevin Hicks, former wine distributor and founder of Beverage Grades, tested more than 1,300 bottles of wine, and almost a quarter of them had levels higher than the EPA's maximum allowable amount of arsenic in drinking water.

No one is claiming that anyone has died or suffered physical injury from drinking the defendants’ wines, but the plaintiffs are seeking monetary damages and a court order requiring winemakers to disclose on their bottles the risks of consuming inorganic arsenic in wines.

Naturally, the wine industry is fighting back. The Wine Institute is calling the claims "false and misleading," stating it’s “patently untrue” that these wines are unsafe to drink.

One issue is the EPA standard being cited. The federal government doesn't regulate wine like it does water, and most people drink much more water than wine. So the defendants say it’s inaccurate and irresponsible for the plaintiffs to use the water standard as a baseline. They also point out that the highest level of arsenic cited in the lawsuit is half the acceptable level for wine in Canada. Last year, the Liquor Control Board of Ontario tested 2,247 wines from California, and 90 percent of them tested below 10 parts per billion, 99 percent had levels of 25 ppb or lower, and all were within acceptable levels. The limit set by OIV, a European intergovernmental wine organization, is even higher.

Whether the lawsuit has merit or not, you need to be prepared for this risk.

Regardless of the outcome of this lawsuit, the cat is out of the bag. That means it’s a risk you need to aware of – and one you need to consider in your overall winery risk management strategy.

With more than 20 years’ experience providing risk management solutions to the winery industry, Heffernan's Vintners & Growers Practice has the perfect antidote to these risks that threaten to poison your bottom line.