Critical Illness Awareness Month: What Should You Know 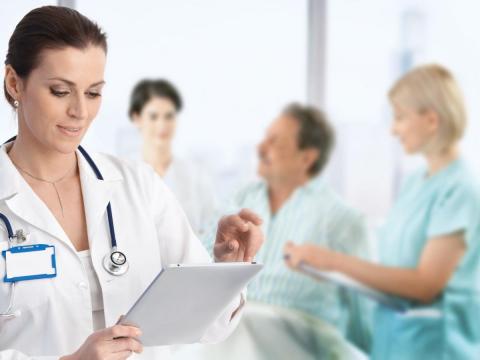 There are certain words you hope you'll never hear your doctor say. "Cancer" for example. Other things, you hope you'll never stumble into on your own, like stroke or heart attack. But every year, 1.5 million Americans suffer a heart attack or stroke. And we’re looking at an estimated 1,658,370 cancer diagnoses for 2015 alone. According to Critical Illness Planning, 75 percent of those over age 40 will be diagnosed with a critical illness at some point.

Critical illness isn’t just for those who are getting older, either. "About 10% of the 800,000 strokes that happen in the U.S. each year strike adults younger than 45," said WebMD. While it's relatively rare, sudden cardiac arrest can also happen to people under 35, as can cancer, with more than 60,000 young adults diagnosed per year.

What is critical illness insurance?

It’s not disability, and it’s not health insurance. Rather, critical illness fills in the gaps that those don’t cover. When disability strikes, critical illness coverage can provide the money you need while you’re waiting for disability to pay out. It can also cover the deductibles and co-pays on your health policy that you’d otherwise have to come up with on your own. In short, it takes the brunt of the immediate costs so you can focus on making a quick recovery.

Why is this type of insurance important?

Prudential said that roughly half of U.S. households have less than $10,000 in savings, while according to Sun Life Financial, the average out-of-pocket expenses related to critical illness amounts to over $7,500. For heart attacks, make that over $14,000. With these numbers in mind, Market Watch said that 60 percent of US bankruptcies “stem from medical costs, and that number includes many people with health insurance."

Meanwhile, the cost of healthcare has outpaced inflation, and policyholders are bearing a larger share of the burden. The result is that even those with health and disability insurance may not have the cash on hand to pay the upfront expenses associated with an unexpected illness. In the case of disability insurance, for example, it can take three, six or even twelve months before the elimination period is over.

Critical illness coverage can be used for anything: medical bills of course, but also mortgage payments, experimental treatments and living expenses. Furthermore, it’s generally customizable, with options for standalone and accelerated benefits. The benefit is typically paid for in a lump sum upon the diagnosis of a covered critical illness.

Is critical illness insurance right for you? Click here to learn more and contact your Heffernan insurance advisor for a quote.