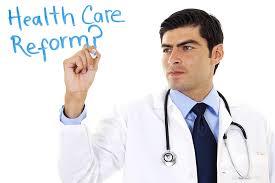 It’s been four years since the Affordable Care Act was passed and about 10 months since the first Open Enrollment period began in October 2013. So, how is Obamacare doing? This health reform update highlights seven interesting, and perhaps unexpected developments.

1.   States that embraced the ACA are doing better at covering the uninsured. According to a Gallup poll, states that set up their own health exchanges and expanded Medicaid on their own initiative have reduced their number of uninsured people three times faster than states that didn’t (source). Lagging well behind are states which rejected both options: neither establishing their own exchanges, nor expanding Medicaid (source).

2.   Even where Medicaid hasn’t changed, there are lots of new sign-ups. Almost one million people have signed up for Medicaid since the beginning of this year, even in states where the program remained unchanged. In these areas, where there’s no new access to the program – or any new Medicaid policies at all – “the public conversation around new insurance options encouraged them to apply and get benefits they were always eligible for,” says the NY Times, making them “incidental beneficiaries of Obamacare.”

3.   Seniors don’t like Obamacare, but they are benefiting from it. In 2011, as many as 59% of seniors had “an unfavorable view of the law,” says Huffington Post. Now that number is down to 47%, which is still quite high, considering that Obamacare has afforded seniors access to free annual wellness visits and many no- or low-cost preventative services. Members of Medicare Part D, for example, used to pay full price for drugs. Now they pay only 47% on brand-names and 72% on generics.

4.   Medicare is benefiting too. Seniors aren’t the only ones paying less: Medicare itself is doing better. Before the ACA, it was projected to become insolvent by 2016. Now, that date has been pushed back to 2030 (source).

5.   Not everyone is getting what they need. Americans with health conditions that require costly treatments aren’t off the hook yet, even if Obamacare has made it possible for them to get coverage. Out-of-pocket costs can still make medical bills unaffordable, Obamacare Facts points out.

6.   But that doesn’t mean Americans want to sue Obama. House Republicans filed a lawsuit against Obama this summer, alleging that he overstepped his authority in pushing the ACA through. Most Americans, however, disapprove of the lawsuit, by 57% to 41%.

7.   The face of those who provide care seems to be changing. The ACA has made strides in changing the health care system in the U.S., but it hasn’t alleviated the crisis. Seventy-six million aging Boomers, combined with millions of newly-insured Americans, have placed new demands on the system, forcing health care providers to find new ways to provide more care for less. One proposed response to that challenge has been to give nurses larger roles, transforming them into the “frontline caregivers” in tomorrow’s health care landscape (source).