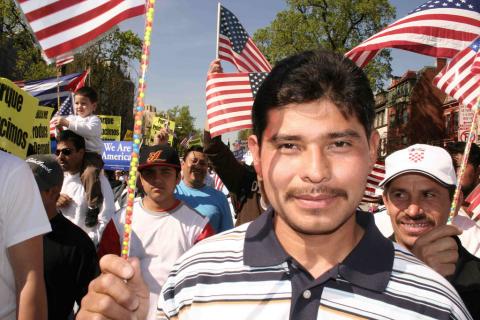 With an increase in Immigration and Customs Enforcement (ICE) raids and continued talk of a border wall, the Trump administration has taken a hard line on illegal immigration. Not everyone supports the stance, however. California has officially declared itself a “Sanctuary State,” giving protections to undocumented immigrants and limiting local and state police cooperation with federal immigration authorities. These conflicting positions may be leaving many people confused, especially when it comes to workers’ compensation.

Many of California’s Workers Are Undocumented Immigrants.

Undocumented workers form a significant part of California’s workforce, and California courts have previously ruled that they are entitled to workers’ compensation.

Insurance Journal reports that the 2nd District Court of Appeal ruled in favor of an undocumented worker fighting for workers’ compensation in 2005. After the worker was injured on the job, the employer argued that federal immigration laws meant that no compensation was due. The court found that immigration status was irrelevant.

The California Department of Industrial Relations states that all workers, regardless of legal status, are protected by labor laws once hired. Their rights include benefits in case of injury and taking action without experiencing retaliation.

NPR reports that Florida, like California, gives rights to undocumented workers. However, undocumented workers who claim benefits using false identification are often denied benefits and charged with fraud under Florida law. In Massachusetts, an undocumented construction worker was detained by ICE after breaking his leg.

Employers who violate this law may face fines of up to $10,000 per violation.

ICE Is Responding with Raids.

ICE has been conducting raids on California workplaces suspected of employing undocumented workers. In January, approximately 100 7-Eleven stores were targeted nationwide. Since then, California has become the focus of many raids. SFGATE reports that 77 raids targeted businesses in Northern California. According to CNN, this is in direct response to California’s Sanctuary State law.

At the moment, while California’s new Sanctuary State laws give undocumented workers additional protection, the chance of a raid by federal immigration agents puts these workers in an uncertain position.

If you have questions about your workers’ compensation insurance program, contact us. We’re here to help.