Large Truck Fatalities Are Up: How to Buck the Disturbing Trend 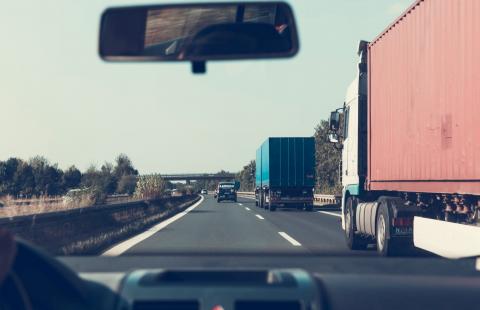 Traffic fatalities went down in 2017. Even though the decrease was fairly slight at 1.8 percent, this is being hailed as good news. Both 2015 and 2016 saw significant increases, and it looks like the trend of rising traffic fatalities may finally be ending. Unfortunately, this reversal is not being seen across the board. Fatalities involving large trucks increased by 9 percent.

The National Highway Traffic Safety Administration defines a large truck as any truck with a weight rating of more than 10,000 pounds, excluding buses and motor homes. These vehicles can be for personal use, but many are commercial.

Know the risk factors – so you can counter them.

The rising large truck crash fatalities are likely caused by a combination of several factors.

One common problem is distracted driving. In 2017, 8.5 percent of all fatalities were linked to distracted driving. Many states have anti-distraction laws, and the Federal Motor Carrier Safety Administration also prohibits commercial drivers from texting or using a handheld device while driving.

Drowsy driving is another serious threat, although it tends to be harder to regulate than distracted driving. It’s often difficult to prove that a driver was drowsy at the time of a crash, 795 of the traffic fatalities that occurred in 2017 were linked to a drowsy driver.

The FMSCA has hours of service rules for commercial motor vehicle drivers that are intended to help reduce drowsy driving. New technology may also help. Ford created a hat, called the SafeCap, that analyzes head movements to determine when a driver is starting to nod off and then sounds an alarm. Autotrader reports that the hat is currently a prototype.

Seat belts must be mandatory.

Seat belts are required by law. In addition to the various state laws that make seat belt use mandatory, commercial motor vehicle drivers are also required to use seat belts.