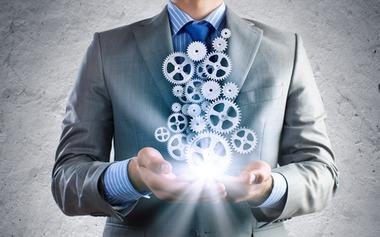 As recently as 1998, no one could have imagined Wi-Fi hotspots, smartphones, social media, or personal GPS devices. The advances in technology over the past few decades have been dizzying. Today, any hobbyist can build a drone, and even villagers in India can access Facebook on smartphones that are more powerful than the Cray 2, a supercomputer that in 1985 cost $17.5 million and weighed over 5,000 pounds.

But advances in technology have also spun a whole new web of risks and liabilities. Today, data breaches, identity theft, computer viruses, and lawsuits are increasing at an alarming rate – and technology companies such as IT contractors, data mining businesses, and developers are getting caught up in the tangle of litigation.

Today, one of your biggest risks is the failure of laws and the courts to keep pace with technology.

It took the creation of the printing press for copyright laws to come about, and the invention of the steam engine and the building of railroads led to the development of intangible property rights and contract law. (Source)

The Electronic Communications Privacy Act (ECPA) of 1986 – which was passed to protect wire, phone, and electronic communications – is the most recent legislation to address privacy issues. That’s ancient history in technology years! Many of the assumptions Congress made about technology in 1986 are simply outdated now, yet even most of the pending bills focused on updating the laws are older than the original iPad. Our privacy laws are even older than that, dating back to the late 19th century when newspapers first started publishing personal information.

What does this mean for your tech company?

It means your business is exposed to risks and liabilities that are still largely being litigated based on outdated laws and standards. The tech industry is still fairly new – especially in the eyes of the courts – and old laws don't always know what to do with new technology. Data breaches, misuse of data, and data loss can all lead to client lawsuits, and judges often err on the side of caution, punishing the IT contractor for any third-party issues. Here are two recent cases:

·         The Target data breach during the 2013 holiday shopping season that exposed the personal data of about 110 million customers who had used their debit and credit cards at the store. You can bet the IT contractors and technology vendors who supplied the card swipe technology were most likely named in the lawsuits.

·         A group of LinkedIn customers sued the company after a federal judge ruled that LinkedIn could be sued for its email and data collection policies. LinkedIn sent multiple solicitations to email addresses in the users' contact lists. The users had actually agreed to let LinkedIn use their contact list by approving the user agreement, but they didn't agree to let the company send more than one email. The lawsuit claims that by sending their contacts multiple emails, LinkedIn made the users look like typical Internet spammers.

Technology has been outpacing the law for centuries. Fortunately, Heffernan’s practice specialty for insurance for technology companies is on the cutting edge of providing serious protection for technology professionals. Whether it’s Business Interruption, Intellectual Property, Product Liability, Errors and Omissions, or other coverage, we’ll make sure you’re ready for the unpredictable risks that lie ahead.