Vintners: Protect your grapes from the wrath of social media blunders 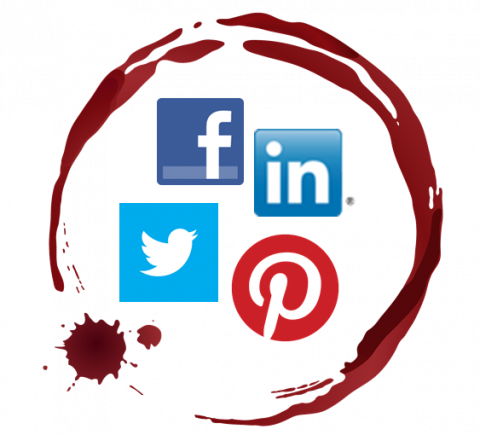 It’s hard to think of a technology that’s had more impact on our businesses and personal lives in the last 10 years than social media. It’s been a game changer for how we connect and interact.

But like any new technology, social media comes packaged with multiple risks.

Just ask the owners of Revolution Wines, a Sacramento-area winery. They were recently taken to task by the California Department of Alcoholic Beverage Control for this seemingly innocent 95-character tweet:

What was the offense?

By merely re-tweeting the post from a Sacramento Convention & Visitors Bureau’s Twitter feed, Revolution Wines had violated “tied-house” laws, post-Prohibition regulations designed to create independence among alcohol producers, distributors, and retailers. The law basically says that producers aren’t allowed to promote retailers. The ABC ruled that Revolution Wines was providing free advertising for SaveMart, the retailer hosting the event, and gave them a choice: have their liquor license suspended for 10 days or admit their mistake and be put on probation for one year. Revolution Wines wasn’t alone either – a total of eight wineries and breweries were investigated for social media activity that mentioned the same retailer.

The dangers of being trendy

We’re living in the age of the trending hashtag, and every one of them can be a double-edged sword, offering companies a chance to join a cause – and an equal chance to stick their metaphorical foot in their mouth.

Take the example of the #WhyIStayed campaign, which was started for victims of domestic violence. As you can imagine, when the Digiorno pizza company tweeted “#WhyIStayed You had pizza,” it didn’t go over very well, and didn’t do much for their reputation.

Then there’s the flip side – when people take over a hashtag intended to celebrate a company’s product by using it to ramp up criticism instead (think #CheersToSochi).

It can be easy to forget that when you stick your foot in your mouth in a face-to-face conversation, it’s usually a minor slip-up that everyone quickly forgets – but the same kind of slip-up on social media can live forever in cyberspace. Even the most innocent, well-intentioned social media activity can unleash a flood of indignation and turn into a PR nightmare – and a costly liability – simply because someone was careless.

For wineries, social media can offer new channels of customer engagement, ways to humanize their brands, and a chance to show that they’re culturally aware and tech savvy. In fact, if your company doesn’t have a social media presence these days, you can easily be perceived as old-fashioned and out of touch. But along with that presence come risks that have to be proactively managed.

Probably the most obvious risk is your company’s reputation, but there are plenty of others. Have you ever hired or fired an employee based on social media? What happens if an employee posts social content on your company’s behalf without your permission? Are your employees’ social media activities inviting hackers into your system?

Bottom line: Social media can be a powerful tool, but don’t underestimate the potential liabilities. Make it a risk management priority, and have clear company policies and procedures that focus on security as well as behavior, with clear guidelines on how and how NOT to represent your brand.

For more information on managing your winery social media risks and protecting yourself, visit our Vintners & Growers page or contact us today.