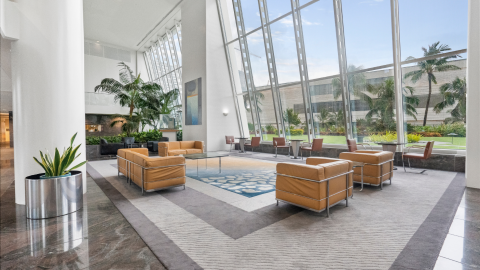 States have eased COVID-19 restrictions, and businesses are eager to reopen. There’s just one problem – workers are less eager to return to normal.

It’s being called the Great Resignation. Many workers are quitting or thinking about quitting, while other people are turning down job offers or not applying in the first place. As a result, businesses are experiencing worker shortages. According to the U.S. Chamber of Commerce, one-third of small businesses are hiring, but less than half of them have been able to find the workers they need.

The problem is especially prevalent in the hospitality and restaurant industries. According to Business Insider, one-third of former hospitality workers said they won’t return to the industry, and some restaurants are being forced to close temporarily or reduce their hours because of the worker shortage.

Hotels are also having trouble with the staffing shortage, an issue that Wall Street Journal says is threatening their budding post-pandemic recovery. One hotel executive, with 500 openings across 78 properties, says he has had to let rooms stay vacant because there was no one to clean them.

The cause of the worker shortage has been hotly debated. Some people have pointed to enhanced unemployment benefits as a possible cause. However, not everyone is convinced. Other people are pointing to ongoing fears about COVID-19 as new variants spread, as well as issues with childcare that can make it difficult or impossible for parents to go back to work outside of the house.

The pandemic also gave many people a chance to rethink their careers, and some people decided they weren’t happy with how it was going. According to SHRM, a global report found that two-thirds of workers wanted to learn new skills so that they could find positions with better security and opportunity.

What Can Businesses Do?

Some workers want to switch industries, but others are simply holding out for better pay and working conditions. According to CNBC, many restaurant chains – including Papa John’s, McDonald's, Darden Restaurants, and Chipotle – are offering pay raises and/or bonuses.

However, some employers are finding solutions to the labor shortage in technology. More and more, businesses are replacing some of their workers with automated tech, boosting productivity while decreasing labor costs and relieving the stress caused by worker shortages. We’re seeing everything from kiosks and apps that let customers order to futuristic robots.

According to NBC, some businesses first embraced robots and automation during the pandemic. Now Business Insider reports that businesses are turning to automation to deal with the worker shortage. In one example, McDonald’s has introduced an automated drive-thru at some Chicago locations. In another example, customers at Cracker Barrel can use an app to pay. More advanced technologies are being produced, as well. Botrista is producing the DrinkBot, which automates drink preparation. Starship is creating delivery robots that the company says, “will revolutionise food and package deliveries.”

Hotels are also going high-tech, a move that could help with the staffing shortage while reducing contact and the possible spread of disease. Vox cites multiple examples of new tech that’s becoming common in hotels, including contactless check-ins, chatbots, and vending machine meals. A robot at a hotel in San Jose delivers meals and other items to rooms.

The Impact on Insurance

If your business operations are changing, make sure your insurance is keeping up. You may need new policies to cover your new risks. This could include additional coverage for liquor liability or property liability. It will likely also include cyber coverage. Cyberattacks are on the rise. As businesses become more and more dependent on technology, they will also become more vulnerable to hackers.

Your old coverage may not provide the protection you need now. Reach out and schedule an appointment with your Heffernan Insurance Brokers agent to discuss your company’s changing insurance needs.