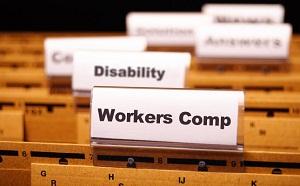 But according to a recent article in the Los Angeles Business Journal, many business owners have faced an unexpected surprise this year: significant hikes in their workers’ compensation insurance premiums. That’s not the result they were expecting from “cost-saving” reforms.

Many believe a rise in both frequency and average claim cost is the driving force behind the steep rise in premiums. California’s Workers’ Compensation Insurance Rating Bureau data shows that the total average cost of a claim surpassed $81,000 last year. There’s also been a severity increase in medical costs. While claims over $100,000 used to be uncommon, lately it’s not unusual to see claim costs in excess of $500,000.

Employers won’t see anticipated reform savings right away partly because some aspects of California’s new law don’t take effect immediately. In the meantime, the legislation also increased benefits to many injured workers as of January 1, 2013, so more money is going out. Add in the hardening insurance market, higher cost per claim and rising medical costs, and it’s easy to see how short term savings are wiped out.

The National Academy of Social Insurance (NASI) recently released its latest study, Workers’ Compensation: Benefits, Coverage, and Costs, 2011, reporting that both workers’ compensation benefits paid to insureds and costs for employers increased across the nation in 2011, causing many states to take action, including:

What can employers do?

Employers need to keep identifying opportunities to improve performance and continue to stay on top of claims. As always, employers should aggressively pursue return-to-work options, tirelessly promote safety, and avoid costly and unnecessary delays that interfere with decisions about compensability. Employers also need an insurance partner who knows the ropes and can help them navigate change.

At Heffernan, we believe in crafting customized solutions for each client’s needs, and we can help you and your bottom line survive these changing times with smart workers’ compensation insurance.

Also, be sure to check out our webinar calendar for upcoming webinars on the topic, or visit our webinar archive for past webinar recordings.