A $1M reason to shore up work comp recordkeeping 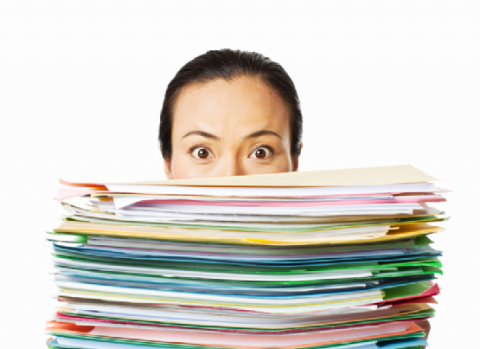 Remember the promise of a paperless society? What happened? Many HR departments are buried in more paperwork than ever. However, while it can be overwhelming, it’s crucial to be diligent about recordkeeping – especially when it comes to your workers’ compensation insurance program.

Smart employers regularly review their workers’ compensation document retention policies and procedures. Why? Because litigation in some claims can drag on for a decade or more, and in many states, claims can be reopened years after seemingly being put to rest. You never know when you’ll need to get your hands on vital information.

When it comes to claims and litigation, evidence and witnesses almost inevitably fade away over time. Every year there will be less evidence and fewer witnesses unless proactive measures are taken to preserve crucial information.

The $1M reason to shore up work comp recordkeeping:

As an example, let’s say you had an employee who was injured lifting a box at work five years ago. She complained of low back pain, and received two medical treatments. The claim closed with payments of $1,200 covering both medical costs and one week of time loss indemnity. It was a seemingly simple claim with a fast resolution.

Now, five years later, the employee has a new job and her back condition has worsened. She filed a work comp claim with her new employer, and their insurer filed a subrogation lawsuit against you claiming that the current back injury is due to a preexisting back condition sustained under your employment.

Today, the worker’s life now revolves around her medical care – 11 hospital visits in two months, a spinal cord stimulator, four different prescription drugs, a cane, and a walker. She’s unable to work, and physical therapy is likely. The total paid on her new claim is over $300,000, with medical reserves at well over $1 million. This time around, you’re scrambling to collect certain information and discovering much of it has been purged.

Subrogation against previous employers for subsequent injuries and claims happen all the time – which is why you need a clear policy and efficient system for record retention and destruction.

How long should you keep workers’ compensation insurance records?

Every state has its own laws, so check the laws of the state your business operates in. The nature of an employee's injury also plays a role; if it’s a First Aid or medical only case, it can usually be closed and records archived much sooner than in indemnity cases, which can take years to close or settle. OSHA generally requires keeping records of injuries for five years, unless an employee was exposed to toxic substances or blood borne pathogens, in which case you need to keep records for up to 30 years after the employee’s termination date. The federal government advises keeping FMLA records related to workers’ compensation injuries for up to three years, and ADA records for up to one year.

Bottom line – this is one area where organization is critical. It’s the only way to avoid unnecessary costs and to be prepared for future legal battles.