2020 Disasters and Their Insurance Implications 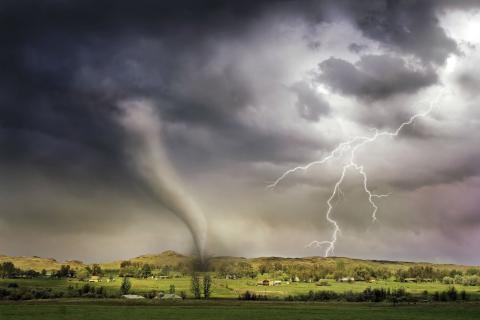 COVID-19 wasn’t the only crisis to strike in 2020. According to the National Oceanic and Atmospheric Administration, the United States experienced 22 billion-dollar disasters in 2020. This is a record-breaking number.

A Look at the Numbers

The 22 billion-dollar natural disasters include fires, droughts, tornados, tropical cyclones, and other severe weather events. While the sheer number of billion-dollar disasters broke records, there were also other notable anomalies.

Combined, the 22 disasters resulted in approximately $95 billion in damages.

We’re only a couple of months in 2021, but this year has already seen its share of extreme weather. In February, winter storms broke records – and pipes – across much of the country.

The South, unprepared for such extreme winter weather, experienced significant property damage and sometimes deadly power outages.  According to the Texas Tribune, the widespread winter storm may have caused greater losses than any other event in the state’s history – and that includes Hurricane Harvey, which caused $125 billion in damage.

The Causes and Effects of Increased Natural Disaster Activity

New risk models are needed. This is especially evident when it comes to flood risk maps. To meet this need, First Street Foundation created a flood risk model that covers every property in America.

Increased knowledge can help property owners prepare, but it may also lead to higher insurance rates. USA Today warns that flood insurance costs may spike in October for homeowners in risky locations. Insurance rates have also been a problem in California, where wildfires have led to an insurance crisis. Insurance Journal reports that insurers refused to renew 235,250 homeowners insurance policies in 2019.

Stronger building codes and risk management practices may help. For example, in Texas, the recent ice storm has led to calls to winterize generators and powerplants. In California, Insurance Commissioner Ricardo Lara has announced a partnership between the Department of Insurance the Governor Newsom’s Administration to establish new statewide hardening standards that will reduce wildfire risk.

A Crisis We’ll Have to Face Together

2020 was a bad year for natural disasters. 2021 might not be much better. Everyone – from regulators and insurers to business owners and homeowners – will need to adapt to the increased natural disaster activity.

Heffernan is here to help you weather the storms (and fires). Contact us for a complimentary review of your personal or commercial insurance strategies.