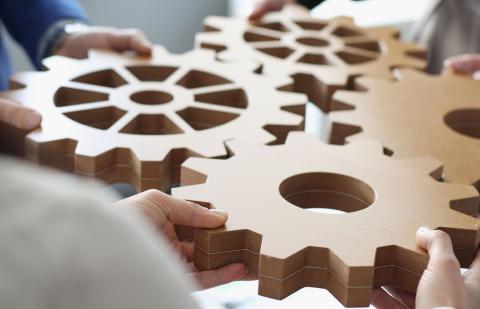 Special purpose acquisition companies, or SPACs, saw a surge in deals in 2021. Now that trend is reversing course. The SEC has proposed new rules for SPACs, and Senator Warren is pushing for a new bill designed to create tighter rules and disclosure requirements for SPAC IPOs. As investors brace for new SPAC regulations and increased scrutiny, the SPAC market is cooling.

According to SPACInsider, there were 613 SPAC IPOs in 2021. As of September 1, there have only been 74 SPAC IPOs in 2022, suggesting that this year's total will not come close to last year’s record.

This year has also seen a slew of canceled SPAC deals. For example, Crunchbase says that SeatGeek announced a $1.35 billion deal to go public using a SPAC, but this deal was mutually canceled because of unfavorable market conditions. This is just one case out of many. According to Bloomberg, there’s been a wave of canceled SPAC deals, including four that were canceled in a 24-hour period. In the first half of 2022, 30 deals were called off.

The Rise of SPAC Litigation

As SPAC activity reached highs in 2021, so did litigation. According to a Cornerstone Research report on security class action filings, there were 33 SPAC-related core federal filings in 2021, up from just seven in 2020 and six in 2019. This record may not last long since the number of filings in 2022 could surpass the 2021 high; in the first half of 2022, there were already 18 filings.

The Call for SPAC Regulations

On March 30, the SEC announced a proposal to ensure that the rules used to protect the public during traditional IPOs would also apply to SPAC IPOs.

According to SEC Chair Gary Gensler, “Functionally, the SPAC target IPO is being used as an alternative means to conduct an IPO. Thus, investors deserve the protections they receive from traditional IPOs, with respect to information asymmetries, fraud, and conflicts, and when it comes to disclosure, marketing practices, gatekeepers, and issuers.”

Among other things, the proposed rules would require additional disclosures and provide additional investor protections in SPAC IPOs.

The proposal has been met with some pushback. According to SPACInsider, many people involved in SPACs would welcome some changes, but the proposed SEC rules could end up harming investors. Under the rule, SPACs would only have 18 months to announce and 24 months to close, and SPACInsider says this could result in poorer quality deals.

The SEC isn’t the only one trying to reign in SPAC deals. Senator Warren is working on a new bill, the SPAC Accountability Act of 2022, that would increase SPAC regulations.

According to a report prepared by the Office of Senator Elizabeth Warren, the SPAC model lets companies with significant weaknesses bypass disclosures that would be required in a traditional IPO, putting retail investors at risk while the SPAC sponsors are almost guaranteed to make a profit. Many companies that went public through a SPAC have not met earning targets.

To address the concerns, the SPAC Accountability Act of 2022 would build on the SEC’s proposed rules by amending definitions in Private Securities Litigation Reform Act of 1995 and the Securities Act of 1933, increasing the required disclosures and requiring a lock-up period for SPAC sponsors to last until the company projects bringing in revenue in the forward-looking statements.

What’s Next for SPACs?

For the moment at least, the future of SPAC regulations is undecided. However, finalization of the SEC’s proposed rules may be coming soon, and even stricter legislation may follow. As TechCrunch notes, it’s not clear whether these initiatives would stop SPACs abruptly. However, a cooling effect is already being felt.

According to Bloomberg, in response to the proposal, several investment banks have been rethinking their SPAC business, and they may refuse to underwrite SPAC IPOs. This, in addition to the drop in SPAC IPO deals and the recent spate of SPAC cancelations, suggests that the SPAC boom of 2021 is over.

For anyone involved in SPACs, this is an uncertain time. Whether or not new SPAC regulations are finalized soon, it’s clear that SPACs are receiving increased scrutiny. Strong risk management is more important than ever. If you need help reviewing your SPAC insurance needs and risk management, contact Heffernan Insurance Brokers.