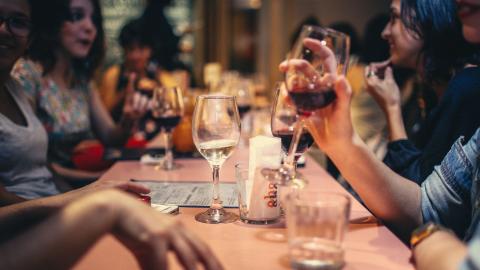 Traffic fatalities are up. Fatalities in alcohol-impaired-driving crashes are up as well, and these numbers tend to climb even higher during the summer months. For restaurants, bars, and other businesses that serve alcohol, it’s time to put a cork in alcohol liability risks.

The Rise in Drunk Driving Fatalities

U.S. traffic fatalities have surged. The NHTSA says that traffic deaths reached 49,915 in 2021, a 10.5% increase compared to 2020. Traffic fatalities also increased in 2020 compared to 2019, despite decreases in miles driven and total crash rates. Many people have blamed the increase on an uptick in reckless driving, and the NHTSA says that 45% of crashes involved alcohol impairment or other risky behaviors.

According to Total Food Service, both the establishment and the bartender can be held liable for serving a minor who is later injured. Businesses may also be hit with third-party dram shop lawsuits, involving customers who later kill or injure others. The National Conference of State Legislatures says that 30 states have laws that allow businesses to be held liable for serving alcohol to someone who later causes injury or death.

Drunk driving incidents are a major risk, but injuries and deaths may occur in other ways, for example, as a result of alcohol-fueled assaults or alcohol poisoning.

Businesses accused of unsafe alcohol policies may face lawsuits as well as fines and liquor license suspensions. Here are a few examples:

Protecting Your Customers and Limiting Your Liability

Good risk management can help you take control of your alcohol-related liability. Securing the right insurance is also essential. Learn more about our insurance options for the hospitality and restaurant industries.