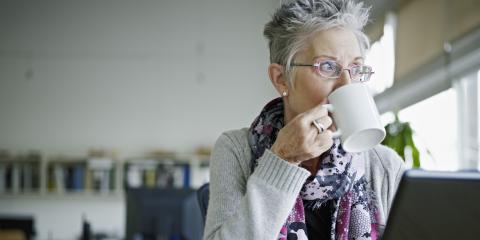 The quintessential retirement lifestyle vision is changing. Sure, there are still people who embrace the low-key Golden Years common to previous generations, but many more people are seeking a very different outlook that often includes staying more mentally and physically active. For some, this means working well into their late 60s and even early 70s, and embracing a phased retirement option.

“Nearly half (47 percent) of today’s retirees say they either have worked or plan to work during their retirement. But an even greater percentage (72 percent) of pre-retirees age 50+ say they want to keep working after they retire, and in the near future it will become increasingly unusual for retirees not to work,” according to the 2014 Work in Retirement: Myths and Motivations Career Reinventions and the New Retirement Workscape, a Merrill Lynch Retirement Study conducted in partnership with Age Wave.

The report explains this phenomenon is driven by four factors: increasing life expectancy, elimination of defined benefit pensions, economic uncertainty, and a re-visioning of later life that includes greater purpose and social involvement.

Instead of going straight from a full-time job to retirement, phased retirement lets both workers and employers make transitional changes with one- or two-step reductions in the hours worked. Between pre-retirement years and a leisure phase, the report indicates many workers are now adding a phase for retooling or recharging, and another step for re-engagement.

For employees, phased retirement may be a luxury, an economic necessity, or a mentoring opportunity. For employers, phased retirement can let organizations keep a quality workforce, while also serving as both a hiring and retention tool. The transition can also let experienced workers train and mentor a younger workforce.

The key to this flexible arrangement is a well-conceived phased retirement policy that accounts for the following:

The 2014 National Study of Employers by the Families and Work Institute and the Society for Human Resource Management found that just over 50 percent of the organizations surveyed allowed some employees phased retirement. However, the report showed that only 18 percent of employers allow a stepped down workload prior to retirement for all or most of their workers.

This past November the Office of Personnel Management began accepting applications for phased retirement from federal workers, but given the many departments and layers of the various government bodies it still may be some time before this option is fully utilized by workers.

While phased retirement is not yet widespread, it is definitely a trend on the rise since it can be a win-win for both employees and employers. Workers realize greater flexibility on how they structure the latter portion of their careers, and employers reap the knowledge and skills of an older workers while allowing younger employees to start moving up the ranks.

The opinions voiced in this material are for general information only and are not intended as authoritative guidance or tax or legal advice. You should consult with your attorney or advisor for guidance on your specific situation