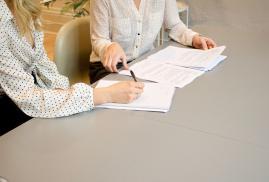 When a company is accused of wrongful acts, it can be sued for professional or general liability. In addition, the corporate directors and officers can be personally sued for failing to prevent those wrongful acts through management best practices.

That’s why it’s important to have directors and officers (D&O) liability insurance. It protects company leaders and their spouses if they are personally sued for something that happens at their company.

With so much going on in world, D&O liability protection is more important than ever – and more expensive to maintain. Several trends are pushing claims and rates upward.

Commercial Insurance Rates Are Increasing Across the Board

Rising D&O insurance rates are part of a bigger trend. According to Insurance Journal, the Global Insurance Market Index showed that average global commercial insurance prices were up 14 percent in the first quarter of 2020. Workers’ compensation prices were a rare exception, going down 1 percent, but most lines were up. In the U.S., D&O pricing was up 44 percent.

It should be noted that these price hikes started long before the coronavirus was news, and the pandemic was not considered a factor in these increases – although it may be a factor in future increases.

Awards and Settlements Are Up

There are many factors contributing to rising rates, but one that can’t be ignored is the fact that awards and settlements are also rising.

Large jury awards designed to punish companies have led to a phenomenon known as social inflation. Recently, social inflation has been on the rise. According to IA Magazine, Swiss Re’s head of casualty underwriting in the U.S. and Canada said that an average of the 200 largest excess liability claims went from $27 million in 2014 to $54 million in 2018, doubling in only five years.

Insurance Journal says that settlements in securities class action lawsuit have increased, too. A report from Cornerstone Research found that settlements reached $5 billion in 2018, which was 50 percent higher than the annual average for the previous nine years.

Now, according to Business Insurance, employers may soon get hit with more claims of discrimination against LGBTQ employees. This is because the U.S. Supreme Court recently ruled that discrimination based on sexual orientation or gender identity is illegal.

Racial discrimination has been another key issue, and the recent protests may bring even more attention to this issue. Claims of reverse discrimination have also become an issue as employers try to embrace diversity.

Cyber risks have become a major threat to businesses of all sizes. Companies must be prepared for ransomware, data breaches, business email compromise schemes and other cyberattacks. At the same time, companies also have to comply with new data breach notification and consumer privacy laws, such as the European Union’s General Data Protection Regulation and the California Consumer Privacy Act.

Cyberattacks can devastate a business – and when risks are improperly managed or disclosed, they can also lead to D&O claims. It’s just one more risk that is complicating the D&O market.

And now there’s another risk…

COVID-19 May Add Fuel to the Fire

The situation was already looking pretty bad – and then COVID-19 came along.

According to Claims Journal, experts warn that businesses could face claims over their response to the pandemic and their failure to prevent financial losses, and that the pandemic may also led to increased volatility and protracted litigation.

Nothing here will come as good news. However, there are steps a company can take to make the best of a bad situation.