Employers: Are You Prepared for the New Overtime Rule? 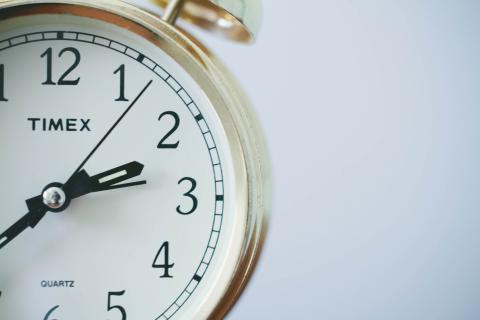 Update: As of 11/22/2016, a federal judge has temporarily blocked the new overtime rule.

December 1 is just around the corner, and that’s when the Department of Labor’s (DOL) new overtime rule officially kicks in. It’s been a long battle and a time of uncertainty for employers, but the fix is now in. Beginning December 1, 2016, the final overtime rule:

The new overtime rule will impact an estimated 4.2 million U.S. workers currently eligible for overtime pay. Here’s a partial breakdown of how many workers are affected by state:

But contrary to what many employers think, there’s more than one way to comply.

For some reason, many employers are under the impression that the only way to comply with the new overtime rule when they have employees who earn less than $47,476 annually is to change them from salaried to hourly. But there are other options:

FLSA enforcement is ramping up.

Between the new overtime rule, the increased scrutiny of employee classifications, and evolving minimum wage laws, employers are facing substantial changes in the way they compensate their workers. That means even more compliance headaches, and the DOL, the IRS, the Employee Benefits Security Administration (EBSA), and other agencies are promising to ramp up their enforcement activities. In 2015, the DOL alone collected $246 million in back wages for more than 240,000 employees from employers who were noncompliant with the Fair Labor Standards Act (FLSA).

These changing laws all share a common threat: an increase in Employment Practices Liability (EPL) risks for employers.

The past decade has seen a staggering 253 percent increase in the number of wage-related lawsuits filed in federal court. The cost to defend these claims is also skyrocketing, with average wage and hour settlement payments about $6.9 million from 2007 to 2015 according to NERA Economic Consulting. On top of that, cases can drag out in the courts for 18 to 24 months before reaching a settlement.

If you run a business and have employees, you’re at risk – and if you’re not carrying Employment Practices Liability Insurance (EPLi), you’re raising the stakes on that risk considerably. In fact, you’re risking the very survival of your business. Just one EPL lawsuit could wipe you out if you’re not prepared.

Is your business protected from this growing risk? Let the business insurance experts at Heffernan Insurance Brokers make sure you are.