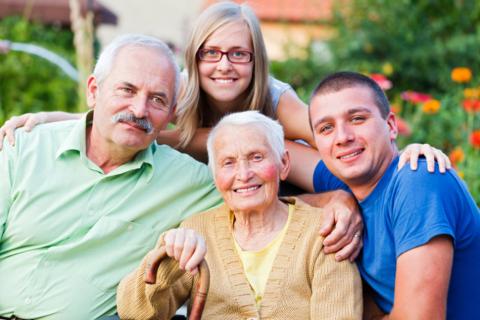 Today’s “sandwich” generation is feeling the squeeze from both sides (of the bread) as they try to assist both aging parents and children. Nearly a fourth of the U.S. population “have one or two parents age 65 or older and are either raising a young child or have provided financial assistance to a grown child in the preceding 12 months,” according to the Pew Research Center’s May 2015 report: Family Support in Graying Societies.

This sandwich phenomenon is impacting the workforce, economy, government programs (particularly, Social Security), and the overall structure of today’s families. For employers, the impact can be seen on many levels, as workers require more time, energy, and sometimes dollars to help support and care for both parents and children.

“Among adults with at least one parent 65 or older, nearly three-in-ten already say that in the preceding 12 months they have helped their parents financially,” the Pew report states, adding: “Twice that share report assisting a parent with personal care or day-to-day tasks. Based on demographic change alone, the burden on families seems likely to grow in the coming decades.”

That burden will indeed become heavier, as the report points out that the number of people aged 65 and older is expected to double by 2050. Couple this statistic with the news that 61 percent of Americans with grown children have provided some financial support, while even more have helped with home repair costs or child care.

Although an overall upturn in the economy has improved the job picture for Millennials, more adults age 18 to 34 years old are living in their parents’ homes, according to the July 2015 Pew report: More Millennials Living With Family Despite Improved Job Market. “The nation’s 18- to 34-year-olds are less likely to be living independently of their families and establishing their own households today than they were in the depths of the Great Recession.”

Interestingly, although there are 3 million more Millennials since the recession hit in 2007, the Pew study reports that the number running their own household has not increased: “In the first third of 2015 about 42.2 million 18- to 34-year-olds lived independently of their families. In 2007, before the recession began, about 42.7 million adults in that age group lived independently.”

The overwhelming majority of sandwich adults surveyed find their role to be rewarding, but agree they expect to also need financial help as they age. Among the current workforce, 41 percent expect to see no Social Security benefits, while only 31 percent anticipate at least some benefits upon retirement.

All of this news points out the overwhelming need for strong employer-sponsored retirement plans coupled with holistic financial wellness training. If employees are being pulled in multiple directions, they need help identifying and managing costs, so they can address both current and future expenses.

The opinions voiced in this material are for general information only and are not intended as authoritative guidance or tax or legal advice. You should consult with your attorney or advisor for guidance on your specific situation.