Flood Risk Is Rising: Are You Prepared? 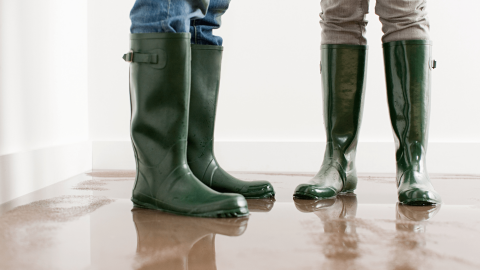 Climate change is increasing flood risks, and more people are exposed than previously thought. According to research published in Nature, between 2000 and 2015, the proportion of the global population exposed to floods increased by 20% to 24%, and the number of people with flood risk is 10 times greater than previously estimated. Due to climate change, it’s expected to get worse by 2030.

If you own property, it’s time to reassess your flood risk.

The remnants of Hurricane Ida flooded New York City and the surrounding areas. Reuters says that at least 44 people in four Northeastern states died, and many others experienced flooded basements, damaged roofs, and power outages.

Flooding isn’t just an East Coast problem. Even California, a state plagued by drought and wildfire, is not immune to the risk. In fact, FEMA warns that flash floods are particularly common after wildfires. The ash, debris, and loss of vegetation increase the chance of a flood, and the risk may remain elevated for up to five years after a wildfire, or until the vegetation is restored. Even areas that are not normally considered flood-prone may be at risk after a fire.

This September, parts of Southern California experienced this firsthand. The Los Angeles Times says there was a thunderstorm over the Bobcat fire burn area, prompting flash flood warnings. There were also reports of rockfalls and mudslides.

The Need for New Flood Maps

As flood risks have increased, many experts have warned that FEMA flood maps were dangerously outdated. The First Street Foundation found 4.3 million homes across the country have substantial flood risk, with a great deal of flood risk occurring outside of FEMA’s designated Special Flood Hazard Areas.

It’s a scary situation. Many homeowners are exposed to flood risks, but because they are unaware of their risk, they aren’t taking steps to protect themselves. The good news is that progress is being made to help homeowners take control of their flood risk.

The Flood Factor is a free online tool that anyone can use to find out their home’s flood risk. All you have to do is enter your address, and you’ll get detailed information on your current risk level, past flooding, and future projections.

FEMA has also been making changes in response to evolving flood risks. FEMA’s National Flood Insurance Program is being updated with a new pricing methodology called Risk Rating 2.0. Starting on October 1, 2021, new policies will use the new rating system, and existing policyholders can opt into the new method if doing so saves them money. Starting on April 1, 2022, all policies will use the new rating methodology.

Some people may save money under Risk Rating 2.0, but others will likely see their rates increase. According to Reuters, a study found that 77% of policyholders will pay more because of the changes.

Take Control of Your Flood Risk

Flood risks are changing. Homeowners should take four steps to take control of their flood risk.