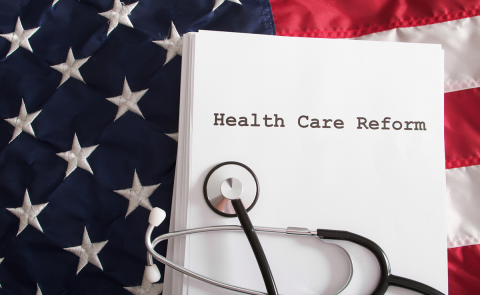 Republicans have been clear about their desire to repeal and replace the Affordable Care Act. The question has been, replace it with what? The Senate’s answer has been the Better Care Reconciliation Act.

The Senate released its much-anticipated health care reform bill, called the Better Care Reconciliation Act (BCRA), in June. Soon after, the Congressional Budget Office released its cost estimate of the bill. The good news was that the BCRA was expected to reduce federal deficits by $321 billion. The bad news was that it was also expected to reduce the number of Americans with health insurance by 22 million, compared to estimates based on the current law.

Although the Senate was originally expected to vote on the BCRA in June, it was announced that the vote would be delayed until after the July 4 recess. According to Time, Republican leaders decided the delay was necessary because several Republican senators were withholding support, and the bill was not expected to pass as a result.

While the vote was delayed, Republican leaders worked on revising the BCRA. Several changes were made, including the incorporation of the Cruz amendment. According to the Hill, the changes allow insurers to sell plans that do not meet ACA requirements as long as they also sell at least one plan that does. Kaiser Family Foundation has predicted that premiums would increase for 1.5 million Americans because of this amendment.

Employee Benefit Advisor reports that the revised bill is good for employers, just as the original version of the BCRA was. Various employer-friendly elements – including the end of penalties stemming from the employer mandate, a delay to the tax for high-cost plans, and changes to Health Savings Account rules – remain in the revised bill.

On July 15, U.S. Senate Majority Leader Mitch McConnel announced that the vote had been delayed for a second time. Senator John McCain needed surgery, and it was decided that the vote should not occur until he recovered.

On July 17, two Republican Senators announced that they would vote against the BCRA. Business Insider reports that the loss of support from Jerry Moran and Mike Lee, who opposed the bill for different reasons, meant the act did not have enough support to pass. Mitch McConnell issued a statement admitting that Republicans cannot fulfill the goal of repeal and replace at the moment.

According to Think Advisor, several alternatives to the BCRA have been proposed. Some of these include a reinsurance fund and cost-sharing to help insurers provide coverage for individuals in poor health without raising premiums. President Trump tweeted support for repealing now and replacing later.

Heffernan Insurance can help. In addition to fully-insured plans, we can help you explore captive and self-insured options, which may increase your control during changing times. Contact our Benefit Advisory Services team to learn more.