How the Gig Economy is Impacting Insurance 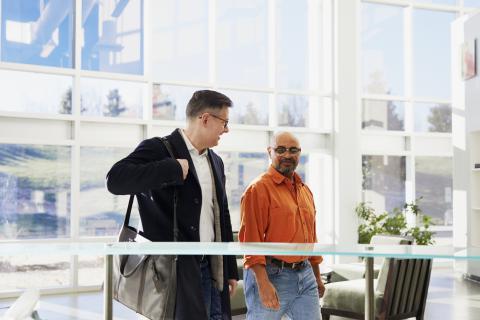 How many employees does your company have? The question is not always as straightforward as it seems. In addition to the difficulties caused by turnover and counting part-time employees, we have a new complication. Gig workers are generally considered contractors, but this classification is being challenged. If these challenges succeed, many companies may have far more employees than they realize. This would have a significant impact on insurance.

The line separating independent contractors from employees can get blurry. According to the IRS, “The general rule is that an individual is an independent contractor if the payer has the right to control or direct only the result of the work, not what will be done and how it will be done.” To determine whether a worker is an employee, it’s necessary to look at three areas: behavioral control, financial control and the relationship.

Because each situation is unique, it can be difficult to say for certain whether an individual should be classified as an employee or as an independent contractor. According to the U.S. Department of Health & Human Services, states have their own tests, and most states use an economic realities test in addition to the right-to-control test used by the IRS. This means that the states also look at how economically dependent the worker is on the business.

The Question of Gig Workers

The misclassification of employees as independent contractors is not a new issue. However, the gig economy has cast a spotlight on it. Many people now work, either full time or part time, for companies like Uber, Lyft, Postmates, Grubhub, Shipt and Instacart. In general, gig workers have been considered independent contractors, but not everyone agrees with this classification.

Using this test, many gig workers would likely be classified as employees.

The Impact on Insurance

The Dynamex decision does not automatically mean that all businesses have to reclassify gig workers. For one thing, the ruling is only directly relevant to California. However, the court case is an important part of the debate around gig worker classification – a debate that continues. According to CBS, Lyft alone is facing six class action lawsuits regarding misclassification.

A change in classification could have a huge impact on payroll and insurance. Businesses would suddenly have to supply workers’ compensation coverage, along with meeting all the tax and labor law requirements that exist for employees. According to Risk & Insurance, payroll could skyrocket, and some carriers have started addressing this concern by providing new programs designed specifically for independent workers.