How You Can Protect Your Business Against Crime Liability 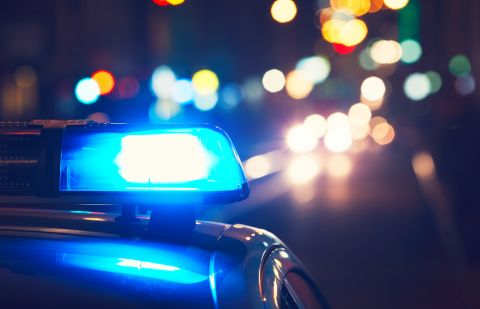 Social and political unrest since the inception of the pandemic has caused crime rates to increase in many major cities around the United States. Small businesses in major cities have been hit especially hard, which has subsequently affected millions of retail consumers. Knowing how to protect your business from crime liability is an important step toward protecting your employees and your assets.

Crime rates have disproportionately affected major economic regions. The San Francisco Bay Area in particular has experienced numerous high-profile occurrences of property crime recently, including an incident involving around 80 shoplifters in Walnut Creek. According to NBC News, Mayor Kevin Wilk referred to these events as “organized retail robbery” and warned that there is more than one organized theft group in the area.

Other west coast cities such as Portland, Oregon, have notoriously struggled with an increase in violent crime. According to U.S. News, Portland experienced its greatest number of homicides in city history in 2021, while the homicide rate increased at a rate twice the national average in 2020. The city continues to revamp its depleted police force after being the focal point of multiple riots to defund the police in 2020.

Other major US cities have struggled with the aftermath of city-wide riots. Particularly in New York City, looting and rioting followed peaceful protests against the murder of George Floyd in mid-2020. An estimated 450 businesses were looted or partially destroyed in the riots, and the damage will cost merchants tens of millions according to an article from the New York Post.

Although these crime trends are concerning, there are measures you can take to protect your business from crime liability.

While businesses are victims just like us, they ultimately bear the responsibility to keep their employees and customers safe. Having measures in place to protect your premises and the people there can help shield you from crime-related liability.

One of the best ways to avoid crime liability is to understand the liability of your premises. Claims Journal discusses a recent Georgia court ruling that indemnified a shooting victim at a CVS back in 2012. The court found evidence that corporate leaders for CVS knew about the location’s track record of assaults and robberies and refused to install security measures. The verdict set precedent for premises liability law and whether businesses should invest in security measures in high-crime areas or risk a lawsuit.

The solution is to understand and invest in security measures for your business. If there has been a history of criminal activity in your area or on your property, it's important that you take action to mitigate this activity in the future. Some measures you can take include:

According to Becker Law Office, these preventative measures are simply the cost of doing business. Failing to do so is often more costly to a business owner than investing in greater security controls.

Protect Your Business from Crime Liability