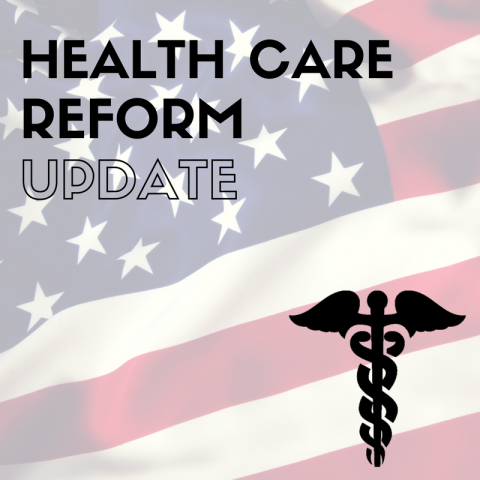 Since President Trump took office, the new administration has been taking steps toward fulfilling the Republicans’ promise to repeal the Affordable Care Act. It’s a complicated process, however, and one that will require multiple steps. Replacing the ACA will take a significant amount of work, as well.  As a result, there’s been a whirlwind of activity and speculation over the last couple of months.

To help you keep abreast of the developments, here’s a summary of the most important ACA news stories since Trump’s inauguration.

The Executive Order: On January 20, President Trump signed an executive order called “Minimizing the Economic Burden of the Patient Protection and Affordable Care Act Pending Repeal.” Using broad language, the order directed the heads of executive departments to delay, waive or grant exemptions from provisions of the ACA that result in fiscal or regulatory burden. It also called for more flexibility for states and for the development of interstate healthcare commerce.

The Fight over Drug Prices: Trump, who has criticized high prescription costs, has called for the government to negotiate prices with pharmaceutical companies, something currently prohibited by law. The New York Times reported that Sean Spicer confirmed this position in January, despite opposition from both Republicans and drug companies.

The Softening of IRS Reporting Requirements: In February, the IRS announced that it will not reject individual tax returns that do not mention health insurance coverage for 2016. The policy was made in response to the January 20 executive order. As a result, individuals who did not have coverage in 2016 can file their taxes without indicating this, although the IRS may follow up with questions at a later time.

Proposed CMS Changes: In February, the Centers for Medicare & Medicaid Services (CMS) announced a proposed rule for 2018 that would have several significant effects on the ACA. The proposal includes changes to shorten the open enrollment period, to give insurers more time make changes for 2018, and to decrease the de minimis range—the minimum standard—for health care plans.

No Medicare Cuts: In late February, U.S. Treasury Secretary Steven Munchin said that President Trump’s first budget proposal would not include cuts to Medicare or Social Security. Business Insider reports that the comments were made during a Fox News program.

Proposed Replacements: Several plans have been proposed as replacements for the ACA. These include plans suggested by Rep. Tom Price, House Speak Paul Ryan, Sen. Bill Cassidy and Sen. Rand Paul. The Kaiser Family Foundation has a tool that makes it easy to compare the various proposals to each other and to the current law.

The Republican Plan: On March 6, House Republicans announced their replacement plan for the ACA. According to the New York Times, the plan includes tax credits based on age instead of income and does away with the individual mandate that requires most individuals to obtain health insurance or pay a penalty.

Currently: As of yesterday, March 15, 2017, President Donald Trump promised negotiations on his proposed health care bill as a growing number of moderate Republicans have spoken out against it.