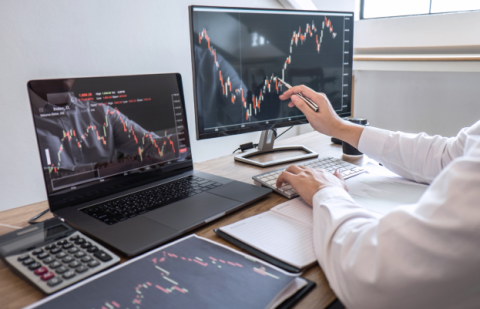 Many people think they could never be fooled by fraud – until it happens. The Theranos scandal has demonstrated how far fraud can go before it’s uncovered, and while it might seem like an exceptional scandal, Risk & Insurance warns that fraud on this massive and dangerous scale is bound to happen again. Given that, it’s time to look at the lessons that can be learned and at what insurance coverage is available to protect against the risk of defrauding investors.

The Rise and Fall of Theranos

Investopedia says that Theranos was valued at $10 billion at one point. It was a health care technology startup that claimed it could revolutionize blood testing. Elizabeth Holmes, the CEO and Ramesh Balwani, the former president, were never able to prove their claims, and the Securities and Exchange Commission charged them with fraud. On Jan. 3, 2022, Holmes was found guilty of four out of 11 fraud charges.

Theranos reportedly raised around $724 million from venture capitalists and private investors. According to The Verge, Brian Grossman researched Theranos before his firm, PFM Health Sciences, invested $96 million in it. He went to the facilities, had his blood drawn, asked questions and read public statements. Nevertheless, he says he was misled by information from Holmes.

Grossman was far from alone. Some very well-known companies got taken in, too. Quartz says that Safeway hired phlebotomists and remodeled 969 stores as part of its deal with Theranos. The grocery chain spent close to $400 million on the deal. Walgreens invested $140 million in Theranos and $100 million of this amount went toward an “innovation fee.”

When it became clear that these companies had invested in a fraudulent scheme, litigation followed. Retail Dive says that Walgreens faced a shareholder’s lawsuit, although the company’s attorneys said there was no proof the board overlooked warnings and asked for the case to be thrown out.

Theranos was a private company when the SEC charged Holmes and Balwani with massive fraud. According to Steven Peikin, Co-Director of the SEC’s Enforcement Division, “The charges against Theranos, Holmes, and Balwani make clear that there is no exemption from the anti-fraud provisions of the federal securities laws simply because a company is non-public, development-stage, or the subject of exuberant media attention.”

Clearly, the Theranos case proves that public companies are not the only ones that need to worry about SEC scrutiny. As unicorn startups – those privately held companies with a valuation of at least $1 billion – become increasingly common, SEC involvement in cases involving these private companies may also become more common. An article published in PE Hub explains that the SEC recently issued proposals to require PE funds and private companies to provide enhanced disclosures, rules that could impact the valuations of unicorns.

Directors & Officers (D&O) insurance provides coverage for directors and officers who risk being sued over claims that their managerial decisions resulted in financial loss.

According to the Insurance Information Institute, a wide range of claims could target business leaders, including shareholder suits over stock performance, suits over a breach of fiduciary duties and claims involving compliance, employment practices, cyber liability and more.

When claims emerge, both the individuals and the organization can be held liable. D&O insurance provides three “sides” of coverage:

D&O insurance covers a lot. However, it’s important to note that intentionally criminal activities may be excluded. According to Investopedia, an insurer may claim misrepresentation and avoid payment if a company fails to disclose material information or willfully provides inaccurate information.

The Theranos scandal has brought attention to fraud exposures and SEC regulations, but insuring against the risk of defrauding investors is just one of many coverage issues that business leaders should consider.