Nonprofit risk management: How to prepare for terror 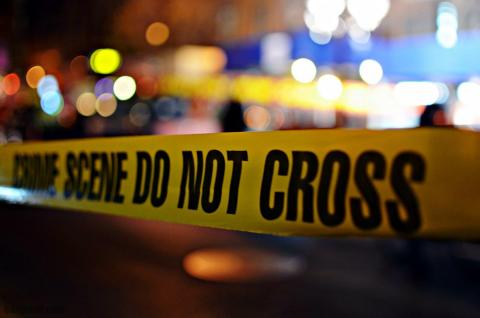 Over 1,000 casualties, including nearly 500 killed and more than 500 wounded in 160 separate attacks. It’s the kind of news we’ve almost become numb to, at least when it’s coming out of a war zone in the Middle East. But these aren’t casualty statistics from a battlefield in Afghanistan. These statistics come from shootings right here in the U.S. between 2000 and 2013, according to the Nonprofit Risk Management Center in Leesburg, VA. When the news is coming out of places like San Bernardino, Baton Rouge, St. Paul, and Orlando, it’s a little harder to wrap our heads around it.

It’s a terrifying new reality, and an attack can literally happen to anyone, anywhere, anytime.

The harsh new reality in global terrorism is that more incidents are being committed by single assailants and claiming significant numbers of lives – and more and more of them are happening right here in our own cities.

It’s clear that as a nonprofit, your value in the community doesn’t preclude you from these acts of violence. The shooting that killed 14 and injured 17 at Inland Regional Center in San Bernardino, CA, on December 2, 2015, was the second at a nonprofit in under a week. Just five days earlier, three were killed in an attack at a Planned Parenthood clinic in Colorado Springs, CO.

That’s why managing these types of risks is quickly becoming a higher priority ladder in organizations around the globe, and why you need to be including these scenarios in your risk management strategy.

How can you prepare for an active shooter threat?

The Heffernan Nonprofit Risk Management Center has developed an Active Shooter Fact Sheet in which it recommends taking these steps to prepare your organization:

You should develop a relationship with local emergency responders, who might also be able to provide valuable training. Also, check with the Federal Emergency Management Agency (FEMA) about applying for funding under its Nonprofit Security Grant Program.

Since 9/11 and the passage of the Terrorism Risk Insurance Act, terrorism coverage has generally focused on catastrophic property damage and general liability. But the shootings in Orlando and other cities are typical of this new brand of terrorism, with a single gunman causing numerous fatalities but very little of the type of property damage typically associated with a terrorist attack.

That could mean serious coverage gaps for organizations like yours.

There’s also a $5 million “catch” with terrorism coverage. Losses are only covered by a terrorism insurance policy if the U.S. Department of the Treasury officially certifies an event as an act of terrorism, and that doesn’t happen unless property and casualty losses, in the aggregate, exceed $5 million.

But recent developments are creating more diverse coverage options to fill the gaps. A new type of coverage recently entered the market which offers time element coverage due to bodily injury or death, not just physical damage. It can be triggered when an attack involving a handheld weapon such as a gun or suicide vest affects three or more people.

With homegrown terrorism on the rise and the limitations of TRIA, terrorism coverage is quickly gaining popularity and necessity. If you would like a quote for this coverage or assistance with your risk management program, contact your Heffernan Insurance broker.