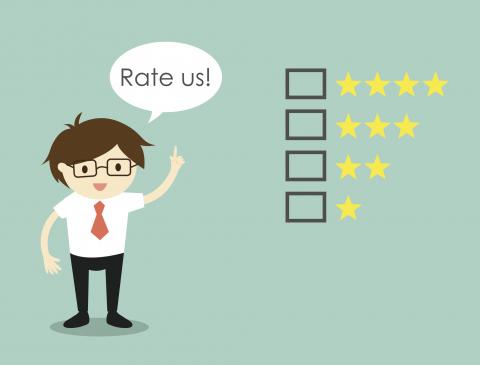 What is your company’s reputation worth? It’s not as easy to calculate as other assets, but it’s nevertheless important. Your reputation is what attracts new customers. It’s part of what keeps existing customers loyal. It’s also fragile.

Reputational risk has always been an issue for businesses, but social media makes it worse. Thanks to Twitter and other social media sites, when a company missteps, everyone knows it – and has something to say about it – within minutes.

Companies don’t want to offend their customers, but sometimes it happens, especially when companies interact with divisive political and social issues. Pepsi discovered this when a commercial showing Kylie Jenner cooling a protest with soda went viral for all the wrong reasons. On April 5, Pepsi issued an apology on Twitter.

Pepsi is not the only company to incur the wrath of its customers over political issues in recent months. When Uber activated surge pricing during protests over an executive order that blocked people from several predominantly Muslim countries from entering the country, people complained that the company was taking advantage of serious political and social issues. The hashtag #DeleteUber spread on Twitter. Uber responded with a statement that the company opposed the travel ban and a pledge to compensate drivers affected by the ban.

An advertisement doesn’t need to be offensive to offend people, either. Sometimes the placement of the ad is enough to elicit rage. Kellogg’s drew ire from the left when people learned the company was advertising on Breitbart, a controversial far-right news site, and then from supporters of Breitbart when it withdrew advertising. Protesters took to Twitter using the hashtag #DumpKelloggs.

Most businesses go out of their way to make customers happy, but sometimes employees take a different approach.

United Airlines faced public outrage after video showing Dr. David Dao, a passenger who had paid for his seat, being violently dragged off the plane after he refused to give up his seat. United Airlines has since apologized for the incident and announced policy changes.

Everyone makes mistakes, and this includes businesses.

During the 2017 Oscars, a big mistake occurred when the wrong winner for Best Picture was announced. The actual winner was Moonlight, not La La Land as initially announced. Confusion and embarrassment ensued. The mix-up was blamed on PwC, the firm in charge of the envelopes. PwC issued an apology.

Even something as small as a typo can cause problems. On January 5, Yahoo Finance meant to tweet about a “bigger navy” but an extremely unfortunate typo resulted in the letter b being replaced with the letter n.  The tweet was deleted and an apology was issued, but not in time to stop retweets, replies and screenshots.

So, what do these incidents teach us? Is there a role for risk management and business insurance? Like most exposures, thoughtful processes, written policies and consistent training are effective defenses against reputational risk.

In some cases, insurance is available to protect against losses that result from reputational risk. And, liability insurance implications should also be considered. As always, your Heffernan Insurance broker can help you assess and mitigate potential exposures. Contact us to learn more.