Is A Self-Driving Car in Your Future? 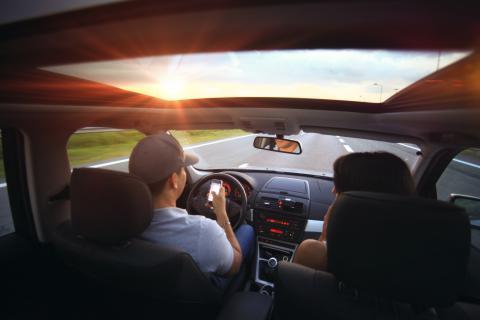 Widespread adoption of self-driving technology may be just around the corner. Whether you’re looking forward to a more relaxing morning commute or dreading the day you hand over your keys to a machine, here’s a look at what’s new in autonomous vehicles.

Before self-driving technology can take over our roads, people need to accept it.

Even those who are keen to embrace the technology may be losing enthusiasm. According to an analysis published in Forbes, self-driving technology has entered the Trough of Disillusionment. This is the third phase of the five-phase Hype Cycle, which describes how public adoption of new technology matures. Although it means that public opinion is at its lowest point since the technology was introduced, it may also mean that we’re one step closer to widespread adoption.

Self-driving cars have already been involved in a number of serious accidents. The Advocates for Highway & Auto Safety has compiled a list of autonomous vehicle crashes and failures, arguing that the technology is endangering the public. The list includes several Teslas operating in Autopilot mode, as well as the Las Vegas shuttle and the Arizona Uber that crashed.

A recent study conducted by the Insurance Institute for Highway Safety concluded that current advanced driver assistance systems do not always perform as expected, sometimes leading to dangerous road conditions.

According to Trucks.com, a Swedish transport company called Einride is working on a heavy-duty truck controlled by a remote driver miles away. The company plans to start testing the remote-controlled trucks on public roads by 2020.

Meanwhile, Jalopnik reports that Phantom Auto is able to test its remote-controlled vehicles in California without having to get a permit.  Because the cars do have a driver – albeit one who’s not in the car – the state’s self-driving regulations don’t apply.

Legislation has a bumpy road.

The federal government is also looking at new legislation. The AV START Act is currently pending in the U.S. Senate after being introduced last year.

Need insurance for your “regular” car? The Heffernan personal insurance division can outfit you with cutting edge protection for your car, home, boat and other recreational equipment. Is it time for a coverage review? Contact us!