Should Your Commercial Vehicles Have Dash Cameras? 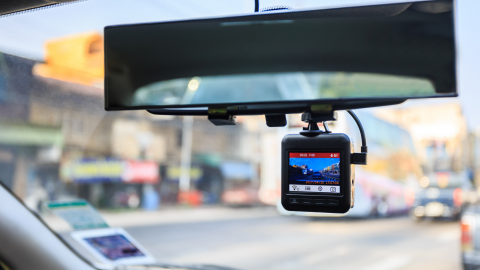 An employee is involved in an automobile accident while driving one of your company vehicles. Your driver swears he did nothing wrong and the accident wasn’t his fault. But the other driver has a different story. Police are called, insurance companies are notified, lawyers are brought in, and now you’re mired in a potentially costly legal “he said, she said” liability claim.

There’s one thing that could have prevented the post-accident confusion: a dash cam in your company vehicle.

Let’s face it – it’s dangerous out there on the road. Not every driver has the same level of driving skill or consideration as other drivers. That’s a big reason that dash cams have become so popular in both commercial and personal vehicles.

Should You Install Dash Cams in Your Commercial Vehicles?

As with anything, there are pros and cons you should weigh carefully before deciding. Here are some of the pros:

Despite the obvious benefits, there are some drawbacks to using dash cams.

Here are some of the cons:

Dash cams are versatile tools for preventing fraud, improving driver behavior, and better managing your fleet. Just be aware of the potential drawbacks before you make the decision to outfit your fleet.