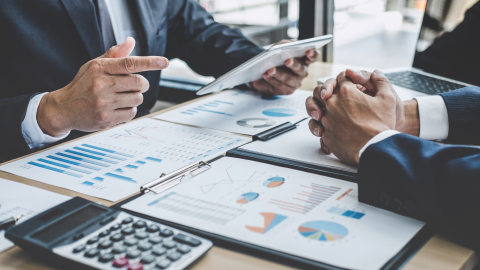 SPACs have become a popular way for companies to go public, but their ambiguity has caused litigation concerns and insurance coverage challenges.

SPAC is the acronym for Special Purpose Acquisitions Company. These companies have no commercial operations of their own – they are created specifically to raise capital through an initial public offering (IPO) in order to purchase an existing private company. This provides the private company with a streamlined path to going public. However, the company that will be acquired is not announced at the time of the SPAC’s IPO. For this reason, SPACs are sometimes called “blank-check” companies.

According to Investopedia, SPACs aren’t new, but they have experienced a recent increase in popularity. In 2019, IPO fundraising for SPACs reached a record of $13.9 billion, an amount that is four times greater than the amount raised in 2016.

The Surge in Securities Litigation

As interest in SPACs has surged, so has related securities litigation.

According to the Securities Class Action Filings 2020 Year in Review report from Cornerstone Research, there were six SPAC cases in 2019 and seven SPAC cases in 2020. This is a significant increase from the preceding years. There were only two cases in 2016 and 2018, and there was only one in 2017.

According to the D&O Diary, the SEC has increased its scrutiny of SPACs recently. In April, the SEC announced that SPACs must account for warrants as liabilities instead of equity, forcing SPAC IPOs to pause and consider whether a restatement was needed. The Insurance Journal says warrants may be restructured, or rights agreements may be used instead, in hopes of luring back investors after the SEC crackdown.

Insurance Journal reports that insurers that sell D&O coverage for SPACs have been flooded by the recent surge in listings. To cover the increased exposure, insurers are increasing rates.

According to The Information, D&O premiums for SPACs are getting more expensive, and some insurers are becoming more selective about underwriting for SPACs. The increase in costs has not been trivial, either. A year ago, a SPAC planning to raise $250 million in the IPO might have paid $200,000 on average to obtain an insurance policy with a limit of $10 million. Now, they might pay $650,000 for only $5 million in coverage.

The Takeaway for SPACs

Right now, SPACs are having a harder time getting insurance coverage, and they’re paying more for it. The situation isn’t likely to change any time soon, so SPAC insurance challenges must be addressed early in your process. Here are some key considerations: