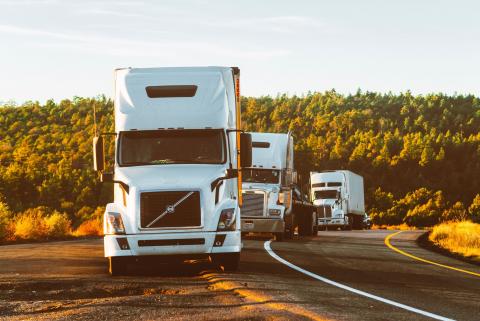 The trucking industry experienced a great year in 2018. The American Trucking Associations (ATA) reported that trucking tonnage reached a 20-year high, with an annual increase of 6.6 percent. In 2019, freight demand is expected to see slower growth, but the industry remains strong.

At the same time, this growth would not be possible without the country’s 3.5 million truck drivers. The increased freight demand is putting more pressure on workers, while debate over employment laws is complicating the labor picture. The trucking industry must be especially careful right now regarding risk management and employment practices liability.

There’s been some debate over whether or not the U.S. is experiencing a trucker shortage. According to the U.S. Bureau of Labor Statistics, concerns about a shortage have been exaggerated. However, the ATA vehemently disagrees. A statement from the ATA points out that while carriers may get enough applicants for positions, they do not get nearly enough qualified applicants.

“Motor carriers cannot simply hire anyone to do the job, there are many barriers to entry for new drivers: age requirements, CDL testing standards, strict drug and alcohol testing regimes and, perhaps most importantly for many fleets safe and clean driving records,” the ATA statement says.

The vast majority of truck drivers are men. According to Women In Trucking, only 7 percent of over-the-road drivers were female in 2017.

Hiring more women would be one way to address the driver shortage. However, women who enter the male-dominated trucking industry can face challenges as a result, including sexual harassment. If trucking companies don’t do more to make women feel safe and comfortable, they will have a hard time attracting and retaining female drivers. They may also open themselves up to lawsuits.

With high demand and a tight labor force, truckers have plenty of work – possibly too much. According to the FMCSA, the Large Truck Crash Causation Study found that 13 percent of commercial motor vehicle drivers were considered fatigued when they crashed.

The electronic logging device rule was intended to improve safety by making it easy to track records of duty status data. Compliance caused headaches for many companies as they struggled to install and use the required devices.

At the same time, recent lawsuits have been raising questions about labor laws.

Another legal debate centers around worker classification. While employees receive many protections under federal law, independent contractors are generally excluded from these laws. Therefore, whether a company classifies a worker as an employee or as an independent contractor is extremely important.

Many lawsuits have accused companies of misclassifying their workers, therefore depriving them of minimum wage, overtime and other employee rights. In 2018, the California Supreme Court ruled on what has been called the Dynamex Decision, using a strict three-part test for determining whether a worker can be classified as an independent contractor.

Worker classification was also an issue in New Prime Inc. v. Oliveira. New Prime classified some of its workers, including Oliveira, as independent contractors and had a mandatory arbitration provision. When Oliveira tried to file a class action lawsuit over wages, New Prime tried to compel arbitration. Oliveira argued that transportation workers (contractors or not) were exempt from the Federal Arbitration Act, and the court agreed.

The trucking industry is under pressure to meet high demand while dealing with a tight labor pool. At the same time, we can expect to see more lawsuits involving harassment, wages and workers classification. Employers must proceed cautiously regarding employee risk management.

Need risk management and insurance assistance for your transportation business? We can help. To find out what Heffernan can do for your business, contact our Transportation Practice today.