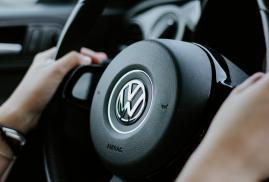 Volkswagen’s scandal over its diesel emissions continues, and the car company could be forced to pay billions of dollars more in damages in lawsuits from various counties.

Background on the Volkswagen Diesel Scandal

According to Car and Driver, Volkswagen owns 70% of the U.S. passenger-car diesel market and has promoted “Clean Diesel” as an environmentally friendly alternative to options like electric and hybrid vehicles, but now the company is experiencing a scandal involving alleged cheating on diesel emissions tests.

The company installed a type of emissions software called “defeat devices” in more than half a million diesel cars in the U.S. alone. These devices let the vehicle switch between a test mode, which is compliant with federal emissions levels, and a different, normal driving mode that may produce nitrogen-oxide emissions that are 40 times higher than the federal limit.

A Massive Settlement in 2016

In 2016, U.S. District Judge Charles Breyer approved a $14.7 billion settlement in a case over the diesel scandal.

According to Reuters, the deal was reached with the U.S. Justice Department, the Federal Trade Commission, the state of California and vehicle owners who filed a class action lawsuit, and the settlement amount included $10.033 billion on buybacks and owner compensation and $4.7 billion in programs to offset excess emissions and boost clean-vehicle projects.

Volkswagen’s troubles did not end there. Other lawsuits have been filed.

The 9th U.S. Circuit Court of Appeals recently clarified that the fact that Volkswagen has settled U.S. criminal and civil actions does not shield the company from lawsuits from local and state governments. Reuters reports that the court ruling means that Salt Lake County in Utah and Hillsborough County in Florida can seek additional damages, even though this may result in staggering liability.

Volkswagen could end up paying billions of dollars as a result. Other counties may sue as well.

Volkswagen argues that this ruling conflicts with the rulings of other courts, stating, “Those other courts rightly recognized the chaos that would ensue if thousands of localities can regulate manufacturers’ updates of their software systems, which are an inherent feature of modern vehicles and, in this case, reduced emissions.”

Volkswagen’s diesel scandal – or dieselgate, as some call it – is not limited to the U.S., either, and arrests have been made in addition to settlements and fines. According to Automotive News, multiple executives have faced charges in both the U.S. and Germany.

Now, more than ever, consumers expect companies to walk their talk, and to make business decisions that reflect strong values. This case illustrates exactly what can go wrong when companies fail to deliver on their brand promises. It’s also another example of how juries are using nuclear verdicts to dispense social justice.