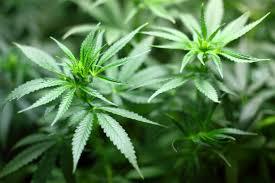 Although California has legalized marijuana, driving under the influence of the drug remains illegal. In fact, the state recently passed a new law that also prohibits both drivers and passengers from using marijuana in a car. This law mirrors the state’s already existing laws on open alcohol containers in a car.

Commercial drivers also need to stay sober behind the wheel.

The notice adds, “Please note that marijuana remains a drug listed in Schedule I of the Controlled Substances Act. It remains unacceptable for any safety‐sensitive employee subject to drug testing under the Department of Transportation’s drug testing regulations to use marijuana.”

In other words, whether or not commercial drivers have medical reasons for using marijuana, the DOT expects them to stay sober behind the wheel.

Marijuana Use by Tenants

Landlords have their own reasons to worry about the risks of legalization. Smoking marijuana can result in a lingering smell, which may seep into neighboring units as well. There may also be an increased fire hazard.

The new California law also allows individuals to grow a limited quantity of marijuana in their homes. This presents another host of problems. Marijuana requires a moist environment that can also lead to mold, a serious issue for buildings.

Anti-Drug Policies at Rented Properties and at Work

Companies that try to avoid risks by banning marijuana use may face problems as a result.

Landlords are permitted to ban smoking and growing marijuana on their property, according to an Ask an Attorney feature from the Cannifornian. The lease must need to include the ban, although the language does not need to specify marijuana. A ban on smoking, for example, would extend to smoking marijuana.

Firing employees over marijuana use is more complicated, especially when medical reasons are involved.

In general, California employers do have the right to enforce drug-free policies, which can include a ban on marijuana based on federal laws. The Sacramento Bee’s FAQ provides more details on the rights of employees and employers.

However, during the case Barbuto v. Advantage Sales & Marketing, LLC, the Massachusetts Supreme Court found that an employer should accommodate medical marijuana use as long as safety wasn’t an issue and DOT or similar regulations did not apply. While this applies to Massachusetts specifically, and it contradicts prior rulings in other states including California, the decision occurred in 2017 and may indicate changing views on the issue.