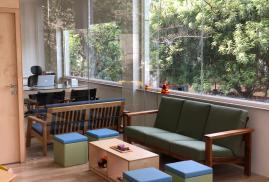 Medical malpractice lawsuits against OB/GYNs are common. According to the Medscape Malpractice Report 2019, OB/GYN & Women’s Health are one of the top four specialties for lawsuits, along with surgery, urology, and otolaryngology.

Having continuous medical malpractice coverage may not be enough to protect you against all claims. If you switch policies, even if you never practice without insurance, you may end up with uncovered liability exposures. An insurance rider providing tail coverage can protect you from this scenario.

OB/GYN Claims and the Statutes of Limitations

State law will determine the statutes of limitations on medical malpractice claims, and after the deadline has passed, a lawsuit may not be filed.

According to the National Conference of State Legislatures, most states have statutes that cover two or three years, but longer periods are possible under certain circumstances, such as when the patient is a minor, and some states have longer or shorter periods. In California, the deadline for a medical malpractice lawsuit is three years after the injury or one year after discovery, whichever is first, or three years or before age eight for a minor under age six, whichever is longer.

Like other doctors, OB/GYNs may be hit with a lawsuit months or even years after the injury occurs, especially if the injury was not known immediately. If the injury involves a fetus or infant, the delay between the injury and the lawsuit may be especially long.

Medical malpractice coverage can be written on an occurrence or claims-made basis. Which type of policy you have determines which claims will be covered.

Let’s say you have a claims-made medical malpractice policy. At some point, you switch to a new insurance policy, possibly because you move or switch jobs. You never practice without insurance, so you assume you’re covered.

Then you learn about a medical malpractice lawsuit filed against you. It’s regarding an alleged injury that occurred at your old position, under your former claims-made insurance policy – and because that policy is no longer in force, the claim isn’t covered. Now you’re looking at paying the court fees and possibly a large settlement out of pocket.

Protect Yourself with Tail Coverage

The scenario described is not far-fetched, and that means two things. One, you need to watch out for it, and two, there’s a solution for it. Insurance riders can provide tail coverage for medical malpractice lawsuits that are filed after coverage ends but for injuries that occurred while coverage was in force.

According to Today Hospitalist, the previous employer should pay for the tail insurance rider, and it’s important to ask about coverage when signing contracts.

But the most important thing is that you have coverage.