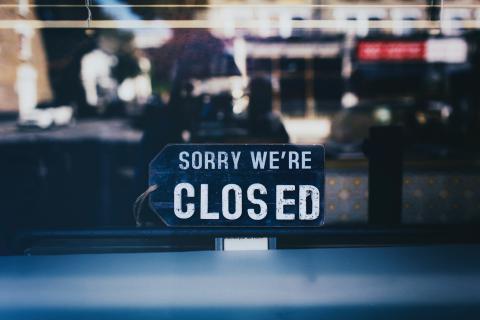 It’s unclear when these orders will be lifted. Some stay-at-home orders include end dates, but extensions are possible, and in some cases, they’ve already happened. In other states, the orders don’t include end dates. The governors of Washington, Oregon and California have announced that they will work together to reopen their economies. However, the timeline for this is not clear.

Some business interruption policies specifically exclude losses caused by communicable diseases, but others are silent on the issue. Nevertheless, coverage was often assumed not to exist. This is because, as the Insurance Information Institute explains, policies typically require property damage to be the cause of income loss. A viral or bacterial infection would not qualify as property damage, so a business interruption claim could not be filed.

Or could it? The once common assumption that coverage does not exist for communicable diseases is now being called into question.

The Call for Coverage

According to the Insurance Journal, some lawsuits have already been filed against insurance companies denying business interruption claims related to COVID-19, and legal experts predict widespread litigation.

According to Claims Journal, President Trump spoke about the issue for about a minute and a half during one of the daily coronavirus briefings, indicating that insurers should pay in at least some situations. “I don’t see pandemic mentioned. Now, in some cases it is; it’s an exclusion. But in a lot of cases I don’t see it. I don’t see reference that they don’t want to pay up. I would like to see the insurance companies pay if they need to pay, if it’s fair.”

The Case Against Coverage

While business owners impacted by COVID-19 would certainly benefit from coverage, not everyone agrees that coverage should extended.

In a letter to Trump, Senator Tim Scott expressed concern over calls to retroactively change business interruption insurance contracts to provide coverage for COVID-19. According to the letter, such actions could undermine the insurance system and lead to litigation that could last for years. “Because BI insurance typically does not cover pandemics absent an explicit rider, insureds under these policies were never charged premiums for that risk and insurers did not reserve for or hold capital against the potential future loss.”

The letter also includes a statement from the National Association of Insurance Commissioners explaining that insurance is not well suited for a global pandemic with almost every policyholder suffering significant and extended losses simultaneously. “While the U.S. insurance sector remains strong, if insurance companies are required to cover such claims, such an action would create substantial solvency risks for the sector, significantly undermine the ability of insurers to pay other types of claims, and potentially exacerbate the negative financial and economic impacts the country is currently experiencing.”

Only Time Will Tell

This is a developing issue with high stakes. While it is currently unclear whether business interruption claims for losses related to COVID-19 will be covered, it is certain that this issue will continue to receive significant attention from both sides of the debate.

If you have any questions about your commercial insurance coverage, be sure to contact your agent at Heffernan Insurance Brokers. We are here to help you navigate during these unprecedented times.