New SPAC Regulations May Be on the Horizon 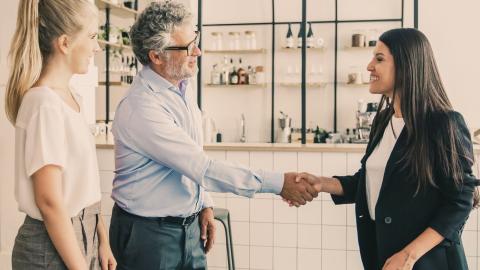 The Rise of SPACs

According to Harvard Business Review, SPACs are an alternative to traditional IPOs, and they’ve become popular in the U.S. in recent years. In 2019, 59 SPAC were created. In 2020, this figure surged to 247. In the first quarter of 2021, 295 SPACs were created, and investors funded these blank check companies with $96 billion.

A Surge in SPAC Litigation

The SPAC boom has prompted controversy and litigation. According to Cornerstone Research, there was one SPAC-related core federal filing in 2019. In 2020, there were five. In 2021, there were 32.

According to the D&O Diary, at least 35 SPACs were hit with shareholder lawsuits filed in New York state court between September 2020 and March 2021, and most of these lawsuits accused SPAC directors of breaching their fiduciary duties and providing inadequate disclosure regarding proposed de-SPAC mergers.

In a statement on the proposal, Commissioner Allison Herren Lee said, “The complexity and the novelty of the SPAC structure have yielded a host of questions, including whether shareholders have adequate insight into the compensation, incentives, and potential conflicts related to the SPAC sponsors, whether the absence of traditional investor protections and liability, or at least uncertainty about their application at the de-SPAC stage, leaves shareholders vulnerable, and generally whether retail shareholders may be left holding the bag on an ill-advised or underperforming business after sponsors have collected their compensation and insiders have cashed out their shares.”

The new proposal is designed to address these concerns. According to SEC Chair Gary Gensler, "For traditional IPOs, Congress gave the SEC certain tools, which I generally see as falling into three buckets: disclosure; standards for marketing practices; and gatekeeper and issuer obligations. Today’s proposal would help ensure that these tools are applied to SPACs. Ultimately, I think it’s important to consider the economic drivers of SPACs. Functionally, the SPAC target IPO is being used as an alternative means to conduct an IPO. Thus, investors deserve the protections they receive from traditional IPOs, with respect to information asymmetries, fraud, and conflicts, and when it comes to disclosure, marketing practices, gatekeepers, and issuers."

The Details of the Proposal

The proposed rules would do the following, among other things:

You can read the full proposal. An SEC fact sheet also provides additional details on the proposed rules.

The Impact of the Proposed Rules

If the rules are implemented, they will likely have a significant impact on SPACs. According to the National Association of Corporate Directors, any projections that are included in de-SPAC filings will be subject to intense scrutiny, and short sellers can be expected to attack perceived weaknesses in companies that have gone through the de-SPAC process. Furthermore, plaintiff attorneys will likely jump at the chance to file lawsuits against SPACs, their target companies and their directors and officers if the stock drops because of a report from short sellers.

With increasing litigation and new regulations on the horizon, board members need to exercise caution. They also need to make sure they have adequate insurance. If you need help reviewing your insurance needs and risk management, contact Joseph Talmadge.