AB5 Update: California Rideshare Drivers Must Be Classified as Employees 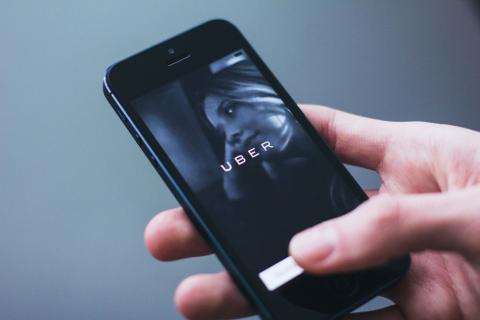 According to a June order from the Public Utilities Commission of the State of California, Uber, Lyft and other Transportation Network Company (TNC) drivers are now presumed to be employees in California. This is the latest development in an ongoing battle over the classification of gig workers, and the ramifications may not be limited to the two ridesharing companies or even to the state.

In explaining the justification behind the new order, the Commission described the impact of AB5 on TNCs. AB5 is a new California law that went into effect on January 1, 2020. It says that a worker should be considered an employee, and not an independent contractor, unless three conditions can be met:

A. The worker is free from the direction and control of the hiring entity.

B. The worker performs work that is outside the usual course of the hiring entity’s business.

C. The worker is customarily engaged in an independently established trade, occupation or business that is of the same nature as the work being performed.

Some TNCs claim that they meet the three requirements of the so-called ABC rule. However, on May 5, 2020, a suit was filed against Uber and Lyft over misclassification.

According to the order, Uber and Lyft have gotten a measure that would exclude app-based drivers from AB5 on the November 2020 ballot. Nevertheless, the Commission asserted its right to enforce the current law, which it interprets as classifying TNC drivers as employees.

The order states that “the Commission has maintained its regulatory oversight to ensure that TNCs comply with their duty to provide safe and reliable TNC services.” Specifically, proper standards, practices and record keeping are needed to deal with the claims.

Uber, Lyft and Beyond

The order brings up many questions that must be addressed as TNC drivers are reclassified as employees. For example, what kind of sexual harassment and sexual assault training and record keeping should be required? What trip data should be required? And what requirements should be imposed beyond a certificate of workers’ compensation coverage?

According to Business Insider, a spokesperson for Lyft maintains that its drivers are correctly classified as independent contractors. Uber has said, “If California regulators force rideshare companies to change their business model, it could potentially risk our ability to provide reliable and affordable services, along with threatening access to this essential work Californians depend on.”

The concern is justified, as it’s true that this decision could significantly increase operating costs.

According to Quartz, a report from Barclays determined that reclassifying drivers as employees would cost Uber and Lyft an extra $3,625 per driver in California. This would result increase Uber’s annual operating costs by more than $500 million, and it would increase Lyft’s by $290 million.

Reclassifying workers as independent workers may require many changes, which could include the following:

If the order stands, it will have a major impact on Uber and Lyft, as well as other TNCs and gig work companies, or any company that uses independent contractors who may not meet the ABC test. And if other states follow suit with similar rules, the impact may spread far beyond California.